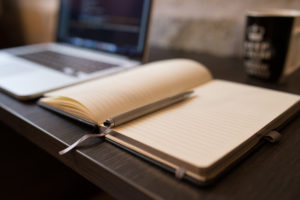 What story are you NOT telling?

What are you avoiding writing about? What part of the story have you not fleshed out? That section that needs to be written, but you just haven’t written it because…???

That is what you need to write.

That is exactly the part of the story or the story that needs telling.

You may avoid pain, but if you want the story to resonate with readers, it needs to be written. We want to feel.

We want to be touched.

If you avoid the pain of telling it, if you avoid creating pain in your story, we will miss it.

You can’t write a story that captures us without stakes for the character. There simply must be something desired and something standing in the way of that desire that the hero must fight through.

I remember someone saying this, perhaps Stephen King: The fun part of being a writer is getting to be God and the devil at the same time.

You must place obstacles in the way of your character’s joy, and sometimes those things hurt.

This is part of the reason I had to put aside a book I was writing while I was fighting cancer. I couldn’t write about trauma in a fictional world when I was fighting trauma to stay in my real world.

But now I am ready, and I am heading back to that young girl and her difficulties because I must tell her story as you must tell yours.

I want to share a poignant quote from Lin Manuel Miranda’s commencement speech at University of Pennsylvania last May. Back when he was in college, he was having trouble with his shoulder and was in pain. This is when he had just finished writing the one act version of In The Heights. His longtime girlfriend had just returned from a year abroad.

“My mother takes me to a back specialist, ranked in New York Magazine, so you know he’s good. He examines me, looks me dead in the eyes, and says, ‘There’s nothing wrong with your back. There will be if you keep cracking it, but what you have a nervous tic. Is there anything in your life that is causing you stress?’

I burst into tears, in his office. He looks at me for a long time, as I’m crying, and get this—he tells me the story of Giuseppe Verdi. A 19th century Italian composer of some note, who, in the space of a few short years, lost his wife and two young children to disease. He tells me that Verdi’s greatest works—Rigoletto, La Traviata—came not before, but after this season of Job, the darkest moments of his life.

He looks me in the eyes and tells me, ‘You’re trying to avoid going through pain, or causing pain. I’m here to tell you that you’ll have to survive it if you want to be any kind of artist.'”

Go work on your story. Be willing to both cause pain for your characters, and help them survive it. The only way through it is through it.