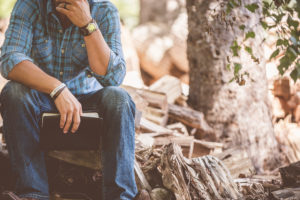 What is your character’s desire that drives him forward. In simple terms, what does he want?

(I use he or she interchangeably, so excuse whichever one I use that doesn’t pertain to you and your story.)

I have written before about characters doing things in their own best interests. Our congress is a great example of this–the ones worried about re-election next year are making decisions with an extra level of burden. They may disagree with certain ideas, but they want re-election.

What do I want?

I wanted breakfast, so I went out to breakfast while waiting to drop off my car.

I did things to make this happen. I drove to the restaurant. I ordered. I ate.

To use an example from fiction:

What did Harry Potter want more than anything?

A family. He has learned that blood is meaningless in the house he grew up in, so he finds his family in Ron, Hermione and Dumbledore. He does things to help them, to save them, to stand up for what is right. Did he grow up wanting to be a hero? Probably not, but he finds himself in a position to choose, as J.K. Rowling had Dumbledore put it,

“… between what is easy and what is right.”

In Tennessee Williams’ Cat on a Hot tin Roof, the show begins with a 45 minute monologue by the actress playing Maggie. Brick, her husband is in the room but basically listens and occasionally says yes or no or nods until he can’t take it anymore, but that is 45 minutes in to the play.

What does Maggie want?

Security. A guarantee she will never be poor again. She has been dirt poor and she knows what it is like. She needs to get pregnant to protect herself and to be in Big Daddy’s will. Big Daddy is dying and Brick is gay.

Standing in her way are: a man who is dying (the clock is ticking) and her husband’s homosexuality. If she just yells at him it is a bore for the audience so instead, a solid actress will find 5-8 ways to get what she wants. In this moment she needs to have sex with Brick asap –but he is angry, gay and has a broken leg.

An actress worth her salt will beg, seduce, berate, inspire, aggravate, flirt, love, calm him, lite a fire under him, convince like a lawyer (the practical argument–if we have a baby, we are safe).

Add to this that right before the scene begins her sister-in-law’s kid threw a hot buttered biscuit at her. She was dressed in her best dress and has to change, which is why they are in the bedroom. I am not sure he even came down to dinner, so she was alone at the table with Brick’s family including the brother-in-law, the sister-in-law and all their kids, 4 or 6 of them.

Why am I telling you all this? You have an exercise to do.

Look at your character. You can do this on a whole story level or a scene level.

What does he want? How is he going to get it, scene by scene and over the arc of the story?

Write out a list, a biography, a chart…whatever works for you.