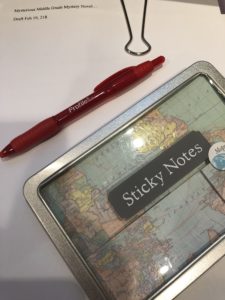 Really. It has rambled around in my mind for that long but I have put it aside for years at a time and I have worked on it diligently. People used to love to ask Dad

“How long does it take to write a book?”

There is no answer. Some ideas exist for years and some for minutes. JK Rowling planned her series for 5 years before she began to write.

In the meantime, since I began that book, I have lived a life:

I worked as an actress and I trained as one too, acting classes, voice, dance. I got “this close” to doing a one woman show which I created, wrote, worked on with a choreographer and my voice coach. I wrote songs. My husband and I bought a house. Adopted a dog. Had two kids.

In order to have those two kids I had 6 pregnancies. We raised kids, got another dog after the first one passed away. He had a motorcycle accident that meant surgery to repair his leg. I had cancer and complications. The kids played soccer, volleyball, created art, baked, had friends over, learned to swim and ski, and had their own adventures in growing up. They are not done. One in college and one in high school means that they still need me just not every minute. And I choose to and I chose to nurture my marriage as well. 27 and 1/2 years of marriage and 28 and 1/2 years together is nothing to shake a stick at. I cherish it.

I refuse to feel like I should have produced more sooner.

But it is hard sometimes. I look back, consider, and then realize, that there wasn’t time. Not really. I wanted to spend every minute I could with my kids and having cancer in 2009 just made that desire even stronger. And family came first for me. If my career in acting or writing had taken off early on it would have been different, but it didn’t, so it isn’t.

Now I am quickly approaching my 54th birthday and it seems like a great time to really get this show on the road. I have no idea what draft I finished. Oh yes I do…

I finished the latest draft.

In my computer are beginnings to, possibly, 10 books. And several more that are way more developed. One I go back and forth with an editor on and one is a complicated first draft that I was working on when I got sick. It took time to even think about getting back to that one because I did have to battle the forgetfulness of chemo brain too.

My books will get done as they get done.

I start here. I start now. 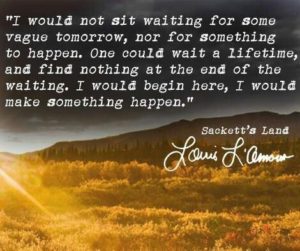