This is a question I always asked myself when acting.  Where am I bound?

I am a woman and over history women have been bound.

Actually bound, from Chinese binding feet to corsets to girdles. Each one came at a particular time in history and each one limited movement, actual physical movement, in daily life. Not to mention movement in society.

Imagine the court dresses in France when you had to turn sideways to pass someone, not to mention the sky high hair dos. An example is seen to the left here –the dress Claire wore in Season 2 of Outlander is spectacular, isn’t it?

Many of these were a symbol of station in life.

They were a privilege to have. It meant you couldn’t do labor you had to just sit and be pretty and be at the beck and call of your man, be he husband or owner.

Along with being bound by corsets and the like there was also padding, hoops and other structures that added to the size of the dresses.

Honestly if I lived in the wild west I would have been in pants for everyday life and dresses on Sunday.

My husband’s grandmother rode the hunt in Virginia sidesaddle and said it was much easier.

I didn’t know her but she also had a dress made that went over her riding outfit so that when everyone came back to the house she would enter through the back, throw the dress on over what she was wearing and greet her guests at the front door looking immaculate. Such style!

Shirley MacLaine, in her one woman show, spoke about finding character through silhouette.

She saw each of her characters that way and found how they moved and who they were. She began as a ballet dancer so her character work was begun through movement and shape.

When I was in college I did a show by David Mamet called The Water Engine.

I was so blessed as we had an amazing costume designer who found us fantastic period garments. This included girdles. Authentic 1932 girdles. They made us walk completely differently. Do you remember the first time you see Marilyn Monroe in Some Like It Hot? She is walking and shot from behind moving in her girdle the only way you can. Girdles make you swing your hips from side to side as they force your feet to walk in a straight line. Like a constant sobriety test but on a woman with hips it is quite the visual.

For me building characters included a certain amount of research. Two of my favorite books about costume and lingerie and women are Let There Be Clothes and The Great Book of Lingerie. The first one is a pictorial and quick look at clothes through the ages. The second follows lingerie through the ages. There is also an x-ray of a woman in a corset. YIKES!

Somewhere in the house I have a terrific book on makeup history as well. Certain colors were popular at certain times and certain amounts of makeup were deemed appropriate and inappropriate as well. That book might have been this one, Richard Corson’s Book

The weight of those clothes is a whole other subject. Layers upon layers of skirts are heavy and hot add a corset to that and no wonder women were fainting!

One 1950’s formal I modeled in weighed about 20 pounds. The 1860’s costumes were hot and heavy. One I wore working on a movie in Sonora, Ca. in 114 degrees and every time I was off set I would pick up those skirts and throw them to one side. Under the skirts and petticoats I was in bloomers, tights and high button boots and a camisole–still fully dressed by 1980’s standards. Luckily I didn’t have to wear a corset.  The other costume I wasn’t hot in due to the weather but the entire top was also a corset so when I needed to crack my back all I had to do was slump a bit. I was my own chiropractor.

Corsets also keep you from breathing low. They keep your breath high and you breathing with your bosom rising and falling. Really. 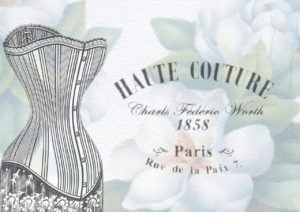 A few others I have used for costumes are here and this one is from my college days and here.  I could take you through an entire history lesson right here on this idea. I plan to do that in my eventual online writing class.

Following is a list of some of the ways women have been bound or otherwise inhibited by fashion. 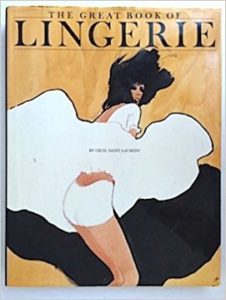 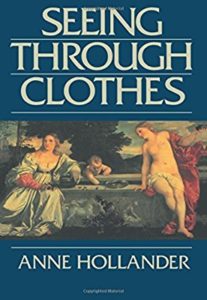