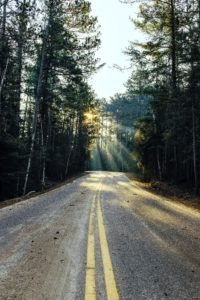 There is this old saying, “God helps those who help themselves.” It is the second part that is important. We have to put ourselves in the way of success. We have to step up to the table, to sit down at the desk, to take the risk.

Finding time to write. It isn’t lost. You don’t have to find it. What you have to do is commit to yourself and your idea. Most artists toil away alone or in a small group developing their craft. When I was an actress most of my time was spent in class, training. That way when opportunity arrived I was ready to walk in the door. It did not come looking for me. The rest of the time I spent either going on auditions or seeking them out and sending my picture and resume in and hoping.

As writers we have to do much of our development alone at a desk.

Dad liked to say he could write in the middle of Sunset Blvd in LA and he even did it one day. A man driving by leaned out his window and shouted, “I bet you’re Louis L’Amour!” He liked hearing us in the house. He played soft elevator music in the background. Not enough to disturb but enough to let him know there was life outside of himself.

The thing stopping you is you.

I used to think I had to have everything perfect to write. Then I realized that if I needed that I would never do it. I have two kids, a husband, and a dog. Beginning my blog was a great learning tool. I found I could write anywhere and feeling anything. I wrote in the chemo chair, at 3 in the morning when I couldn’t sleep due to steroids and I wrote with my kids around and dinner in the oven. I felt great and I wrote. I felt like hell and I wrote.

Lin Manuel-Miranda says that Hamilton wrote his way out. I wrote my way through.

Finding the time to write is kind of like going to the gym or for a run. The first few minutes are horrid sometimes but afterwards you feel great! Just do what is next.

You can do this.

Your desk is waiting. The time is now. Go write.

Looking for some inspiration? Come join us on December 4 for my character workshop. Here is the link to sign up… 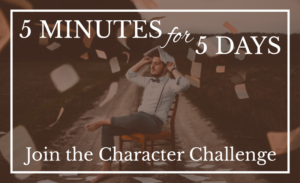