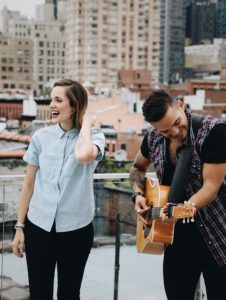 When I was in college I had a passionate friendship.

The kind that can only exist between a guy and a girl who are not in love but are as close as brother and sister. He was a manic depressive. And in our short friendship he attempted suicide without success and then a few months later, he succeeded.  I was devastated. 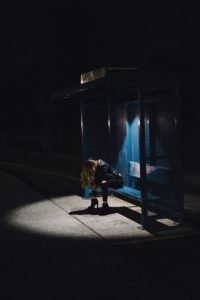 Bear with me this has a point.

For years I carried this with me. I couldn’t shake it. He had been the one who nursed me through being dumped for the first and only time in my life. He was the one with whom I discussed all manner of things late into the night —I never used the door into his room I climbed through his window—though I never told him why—it was because I could! He called me L’Amour and I called him Sivak.

He then climbed through my dorm window so my best friend could decorate my room for my birthday. We laughed and we debated, discussed male /female relationships, and music, and politics, and green energy. The night he first attempted suicide another friend of his and myself kept him from succeeding with the help of his doctor. He had come to the two of us and didn’t really want to go that night. The night he succeeded, 6 months later, he didn’t come to me for help.

I was 19 when he died and it wasn’t until I was 25 that I got closure—real closure on it. Early in our relationship my soon to be husband asked, “You always tell me why he was in your life. Why do you think you were in his life?” And I replied that I was there to show him a way out —and Christopher followed that with, 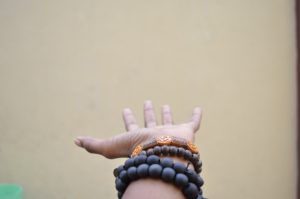 Like a light bulb went off in my head—he didn’t take it—he knew I would stop him so he didn’t come by. He had come to my play a few days before and told me how well I did- even left me a note on my door— and I never saw him again, unless you count the body bag, on the gurney headed to the ambulance. He didn’t choose my friendship. It wasn’t enough to cure the pain he was in. That is ok. I am not to blame. He made a choice based on the pain he was in not on what I did or didn’t do or represent. A huge weight was lifted on this realization. I had carried that burden with me for 6 years at that point. With this one simple statement, “And he didn’t take it.” I was released.

I have let him go—I remember him fondly—and I have moved on with my life.

But I had something happen with a friend that took me back to that time.

We had been doing a lot together for about 3 years. Bonded by a passion for cancer advocacy and supporting one another as parents who were also survivors. I had things happen in my life which meant I couldn’t continue to help her in her plans.  I was losing sleep trying to figure out how to continue supporting her efforts and finally I said I have to stop—my family needs me, this has been a really rough time and I need to back off from anything resembling work right now and just focus on being a mom. I am not walking away as a friend I just need to let you move ahead without me. 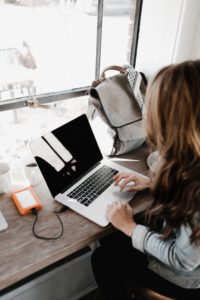 I never heard from her again and then she died. I reached out several times —emails, texts, phone calls only to be completely ignored as she did her advocacy and battled her recurrence. It is inevitable in the cancer world that you will lose people you care about. We just don’t all make it.

It took me a long time to realize I was right back where I had been before—I had reached out to maintain our friendship and she didn’t choose to reach back.

She didn’t take what I was offering.

When I realized that—of course she had a choice in the matter, —but when I realized I had reached out and she hadn’t been interested,  I felt released. I have to remember all the good I got from that friendship and how it made me feel before we got more and more involved professionally. Back when the friendship began it was marvelous—Never go into business with your friends! A good lesson.

I truly do believe people are in our lives for a reason.

They are also in our lives for a certain period of time.

I have friends I have had for decades and ones I had for a year. It doesn’t mean any are less or more important to me. It just is what is. I hope I have continued to act upon the lesson of that friendship with that boy back in college and  that I have always let people know what they mean to me when they are in my life. I hope I have taken the time to make sure that they knew they were valued and special. Sometimes you need to let them go. This can happen while they are still alive or after they die. But you still need to realize there is a time for everything and it is not always yours to understand or control.

Losing someone you love can be devastating. Even more devastating is losing them when you have more to say.

Just say it. And then let them go.

If you or a loved one needs help please call the National Suicide Prevention Hotline 1-800-273-8255–I called them when a friend was on the edge when we were 14 –she wouldn’t call them so I did. Eventually I got her on the phone with them.

Reach out to those in your community who offer help, AA, Mental health facilities at college or elsewhere just don’t try to solve it yourself. In times of crisis your mind is not necessarily telling you the truth.