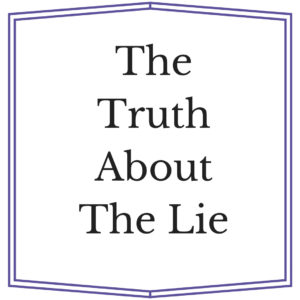 Thank you so much for commenting on the blog, insta, facebook…

Before I tell you the Truth about the lie…I will go through the suggestions made in the comments in Wednesday’s post which you can read here . Wednesday’s Post

The guesses were varied and only two people got it right.

1)That was the first book I remember taking from the library at school. It was my life to say the least. I devoured everything by her for years. All of them. Every. Single. One.

2)I made cheesecake for La Cage Aux Folles for 2 years in the 1980’s. I make an excellent cheesecake famous among my friends from high school that is my god-mother’s family recipe. I stumbled into the job and had no idea how to run a business. I made money but barely and not enough to pay my phone bill let alone anything else(pre cell things were cheaper). I delivered at “Cast dinner” time so got to know the guys and gals at that place. It all came about because the owner asked me on a date and I turned him down…long story but I ended up giving him a piece of cheesecake I had on me(like I said long story) and he and his business partner offered me a job that night.

8) Dad would write in the mornings, or I would finish breakfast early and wanted something to do. I loved jewelry and rocks so working in the gift shop where they sold both was perfect. I folded boxes every morning for no money for several years. Then I moved down the street to The Treasure Tunnel Gem and Mineral Shop where I still made boxes, cleaned and actually rang up sales. The owners of that store were terrific people Ross and Ethel Glenn and if you have seen the bolo dad had with the erupting volcano(completely naturally occurring in the Jasper) that he received from them. Mr. Glenn wouldn’t sell it to anyone else.

11) Writers write. I wrote everything and worked out much of my teen and 20’s angst in music. I sang, acted and danced my way through my teens, twenties and a bit of my 30’s. I wrote music with a guy from my acting class who could play anything. I also wrote a song with Eric Kaz who  and another with Kurt Howell.

And the winners are:

@alonsoog123 on instagram and Mike Shaffer on the blog for guessing…Drum Roll Please!

I have never been a lifeguard. I did the training in 8th or 9th grade and it was so hard –I never went back to find out if I passed! I swim well. Well enough to spend 2-3 hours hanging out with dolphins last month but I never worked as an official lifeguard!

Alonso I have known all his life but he made a good guess. I was actually surprised but then he does know me well!